Will it slow my computer down?

Will it slow my computer down?

It shouldn't. Charity Engine can run continually in the background of any modern PC without the user even noticing. Any other task has priority, so Charity Engine only uses the CPU - your PC's 'brain' - if nothing else is using it.

(So, using the example below, if your PC was using more than 60% of its CPU then CE would be suspended.)

If you do notice a slowdown, Charity Engine can be turned down, set as a screensaver-only, suspended or switched off with a mouse-click. It also has a scheduler, so you can set it to activate only at certain times of day.

You have total control over it at all times. 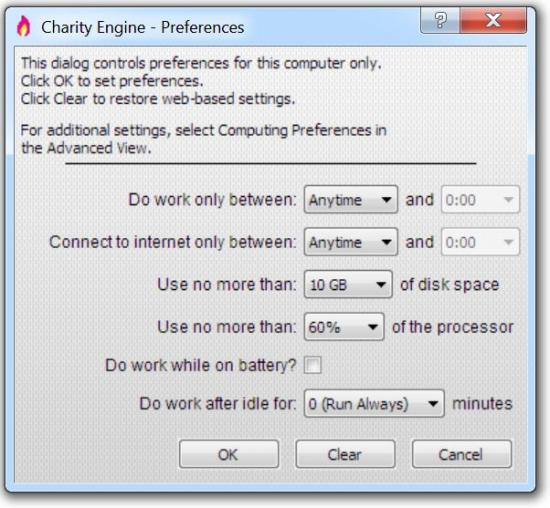